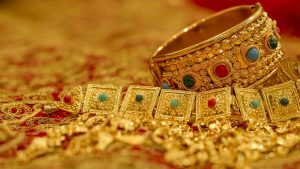 We’ve been exploring the search for meaning in a disenchanted world this season. Closely connected to the question of meaning is the question of happiness. There are many popular views about happiness today. In the next four episodes, we’ll explore what we think are four dead ends when it comes to happiness. In episode 8, we will specifically discuss the topic of wealth.

First, the worship principle, very simply stated is that you become like what you worship. If we worship the God of the universe, we become like God in the sense that we will take on his character and value the things that God values. Alternatively, if we worship money, or pleasure, or fame, or success, we’ll become people that are focused on self, image, and conquest.

Second, there have been at least two shifts in how most people think about the world that have led to his seismic shift in views on happiness.

The first is cosmological. We’ve largely shifted from a theistic to a naturalistic view of the cosmos. On the naturalistic story (in the West) all that exists is matter in motion. There is no God, there is no telos, there is no way things ought to be.

Second, and on the heels of the first, is anthropological. There has been a shift in our view of human persons from some conjunction of body and soul (the old view) to the currently fashionable view that humans are just bodies. On the older view, humans were body-soul composites created by God for relationship. We flourish by being rightly related to God, self, others, and our end. On the newer view, humans are just islands to themselves, individuals, and happiness is no longer a relational concept, rather it is about satisfaction of individual desires. As a result, humans are now understood in the west as Homo economicus. As the economist Brian Fikkert and the theologian Kelly Kapic write in their book Becoming Whole, humans as homo economicus are viewed as “none other than the self-interested, individualistic, materialistic, consuming robots at the heart of Western Naturalism” [1].

Does money buy happiness? What does the evidence show us?

Probably not unsurprisingly, the evidence shows that money cannot buy happiness. Sociologist have noted what is often called “the paradox of unhappy growth” [2]. The basic idea is that the more money an individual or society has (after meeting basic needs), the more unhappy the individual or society becomes. The reason for this should not surprise us: we are not merely consuming robots. We are relational beings created to flourish in relationships with other. And the empirical evidence backs this up too.

Money and the things we buy with it just can’t ultimately satisfy the human heart. We’ll just fall into what Fikkert and Kapic call the consume-earn-consume-earn treadmill [3]. This is a kind of Sisyphean life-style, where we are always striving but never arriving.

In his 2005 commencement address at Kenyon College, David Foster Wallace warns of the high cost of placing our faith in money and things as a pipeline to meaningful happiness: “If you worship money and things—if they are where you tap real meaning in life—then you will never have enough” [4]. Money can’t lead us home; money can’t make us happy.

James K.A. Smith described the hearts deepest longings in his book On the Road with Saint Augustine. He says that “The heart’s hunger is infinite, which is why it will ultimately be disappointed with anything merely finite. Humans are those strange creatures who can never be fully satisfied by anything created—though that never stops us from trying” [5]. And so our problem is that “we try to make the road home rather than realizing its leading us home” [6]. Smith’s point is that we all too often think that finite things will make us happy instead of sustaining us on the road to that which will make us happy. But, on the other hand, according to Smith, if we realize the road is not home, then we can enjoy the myriad of gifts along the way [7].

So, money and possessions are not happiness. But there is a sense in which things are ingredients in happiness, for in the new heaven and new earth, we reach of a place of great order, beauty, and abundance—where we will enjoy the good things of this world in their proper order and find the happiness there is.