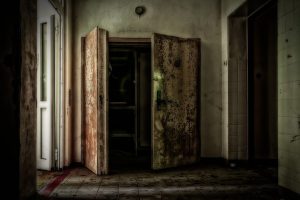 Only two things are certain, according to Ben Franklin, death and taxes. And one of these certainties—death or at least the prospect of dying—arguably fills us with terror and dread and even, at times, despair. We don’t want to die. We don’t want our lives to end. And we want to leave a trace. We don’t want it to be as if we’ve never existed. And so, we engage in what Ernest Becker calls “immortality projects” in an effort to render our lives cosmically significant in the face of extinction [1]. In episode 6 of season 5 of the Eudo podcast, we will talk about death and explore what it teaches us about life, eternity, and God.

The question of death has fascinated philosophers since the beginning.

So there is this debate about whether we should fear death or not, and whether death is a harm to us or not.

Others, such as the sociologist Ernest Becker thought that we don’t just fear death, but rather, we fear a death with insignificance. We want our lives to matter. We want our lives to count. And so, we fight this fear by engaging in what he calls “Immortality projects” – grand undertakings and everyday activities that we think will make us heroes. We are small, finite, limited creatures—and we think that if we acquire power, or money, or fame, we’ll find significance and we’ll overcome death, or at least the fear of insignificant death.

How then should we think of death, and what should our posture be toward death?

According to Becker, a radical change is needed in our posture toward death. We need to embrace the true: that we will all die and that becoming a one-dimensional hero cannot stave off death [2]. And this openness to our finitude should produce in us a kind of rebirth where we: (i)Learn to order our lives around the good (ii) for goodness sake and not for the sake of becoming a cosmic hero, (iii) and do so with humility

And these three things, according to Becker, render us open to the possibility of transcendence. So, what does death teach us, if we pay attention? According to the philosopher Clifford Williams, “Death teaches us . . .that we humans must regarding ourselves as essentially religious creatures and that we should regard our confrontation with death as . . . ‘an awakening experience” [3].

What is the connection exactly between meaning and death?

Death threatens to render our lives meaningless, as Tolstoy makes painfully clear in his book A Confession. We can make better sense of the problem by considering two theses developed by the philosopher Tom Morris in his excellent little book on Blaise Pascal called Making Sense of It All. In there, Morris advances two theses with respect to meaning.

First, there is what Morris calls The Endowment Thesis:

Something has meaning if and only if it is endowed with meaning or significance by a purposive personal agent or group of such agents [4].

This makes sense. Consider linguistic meaning. A word –“cookie” doesn’t have meaning all by its own: we endow it with meaning. The same can be said for events, and our lives. This also helps us understand how we are makers of meaning ourselves: things can become meaningful to us, at least subjectively, if we endow it with meaning. This is why there is at least a subjective meaning landscape to the world, given the reality of humans. But it also surfaces a problem with those theories of meaning that say subjective meaning, especially in a godless world, is good enough. It has to do with Morris’s second thesis, what he calls The Control Thesis:

We can endow with meaning only those things over which we have the requisite control [5].

So, for example, I can’t decide right now, to change the meaning of “cookie” to “car”—it’s just not in my control, at least much of my control. Now, there is lot’s in life I don’t have control over: my origin for starters! But I don’t have any control over my death either. We want to last forever. But our lives will end. We might be able to make them end sooner, through risky living or suicide, but what we can’t do (setting aside the transhumanist hope) is live forever on our own power. And if death is out of our control (as is our birth, much of our lives, and much of our suffering), then we “do not have the requisite control to see to it that our lives are completely meaningful, through and through, from the first to the last” [6]. So the problem of death is this (as Morris concludes): “It seems that anything we build we will build with materials that have been given to us, and all of it will apparently be taken away by death… Unless there is something more” [7].

The conjunction of The Endowment Thesis with the Control Thesis helps us see the connection, often noted, between death and futility and death and the loss of meaning.

The Nature of Death

In order to determine whether death is good or bad and its connection to futility, we must first discuss the metaphysical question: What is death? Let’s begin by making a distinction between dying, death, and being dead.

According to the philosopher’s Joshua Seachris and Steward Goetz, dying is the “process during which the various bodily systems responsible for sustaining life systematically fail” [8]. Importantly, one is still alive when they are in the process of dying.

Death, on the other hand, is that last “moment” of life; the moment when a person who once was alive, but is dying, finally dies. Dead occurs when all the processes and functions of the body cease (although there is debate on this last point, some say we are dead, or at least legally dead, when our brain and or brain stem ceases to function).

Finally, there is the condition or state of being dead. This is the state on the other side of a person’s death. It does not involve conscious experience, it does not involve any physical vital signs or biological processes, and (at least on naturalism) this means the person no longer exists. It is “experientially empty.”

The Nature of Futility

The intuition is that death, understood as the end of our existence, renders our lives futile. But what exactly is futility? Some action, event or desire is considered futile when its accomplishment or fulfillment is impossible.

How does this connect to death? Answer: if life is the end of our existence (as the naturalist claims), then death renders some of the deep human longings of the heart futile, forever beyond our reach—and this creates in many of us a deep existential angst. On the other hand, if death is not our absolute end, but just a portal into the afterlife, then there is reason to hope. And there is reason to think that all of the deep longings of the human heart—for meaning, purpose, significance, love, justice, and more can be met.

This highlights the importance of hope on the Christian story: because of Jesus and his resurrection, we have a “living hope” that one day all of our deep longings of the heart, for those who believe, will be satisfied. This is the good news of the gospel: death is not the end, and that perfect happiness is possible.

In his excellent book, On the Road with Saint Augustine, James K. A. Smith offers the following three thoughts on what death can teach us about life, and about love. First, we can only find authenticity if we face up to our death. We don’t achieve authenticity by focuses on the concept of death in general, but rather by facing up to my death because when we wrestle with the idea of our possible non-existence, we come to understand our finitude and can finally begin to focus our lives. Second, the question of how to die teaches us how to live and love. In other words, as we come to grips with the finality of embodied life on earth, we gain a new perspective—we see all things as gifts to be enjoyed in creaturely response, as signs and gestures of divine love—and a glimpse of an eternal and unending love. Finally, facing death teaches us how to lose—and to hope—in the meantime. In this world, embodied existence is characterized by vulnerability, mortality, and finality. Our bodies can be harmed, yet as Christian’s we do not grieve as one without hope. Because of Jesus and the resurrection, death isn’t the final word. And so we wait.