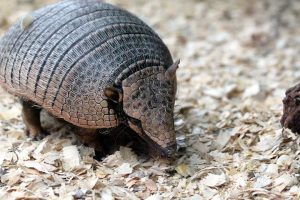 In season 4 episode 6 of the Eudo Podcast, we explore the wonder of life. So far, we’ve explored the topics of wonder and delight and considered in detail the doctrine of creation. We’ve discussed the discarded image of our universe and now we are in the process of seeking to look with fresh eyes at the things around us, the things that God has made. We are looking at this sacramental universe that God has made, seeking to see and delight in the things of God and his works as Jesus does.

The universe is full of a rich diversity of amazing living creatures. This raises a question: what does it mean to be alive? What is life?

Life is something, like time or place, that we are familiar with, but it is hard to define. It is a familiar stranger, we might say. So, what is life? The answer to the question is this: “living things are agents of immanent causation.” What does immanent causation mean?

According to the philosopher David Oderberg, immanent causation “is causation that originates with an agent and terminates in that agent for the sake of its self-perfection” [1]. Immanent causal activity is the kind of causation that “begins with the agents and terminates in the agent for the sake of the agent.” [2]. In other words, “Living creatures do things to themselves for themselves, whereas non-living things do not” [3].

What is so amazing about biological life?

On the Darwinian story, there is nothing special or unique about life. Life just happened; it is the “accidental co-location of atoms” according to the philosopher Bertrand Russell. While life is not all that amazing, what is amazing, according to the Darwinist, is the amazing diversity of life! Look how amazing the mechanism of natural selection is, or look how amazing some group of naturalistic mechanisms is that it generated the amazing diversity of life that we find on earth—all from unicellular organisms.

G.K. Chesterton speaks more colorfully of the queerness of life in his book the Everlasting Man. Here’s how Chesterton describes our encounter with living things, if we really stop and look at them:

What we know, in a sense in which we know nothing else, is that the trees and the grass did grow and that a number of extraordinary things do in fact happen; that queer creatures support themselves in the empty air by beating it with fans of various fantastic shapes; that other queer creatures steer themselves about alive under a load of mighty waters; that other queer creatures walk about on four legs, and that the queerest creature of all walks about on two. These things are not theories; and compared with them evolution and the atom and even the solar system are merely theories [4].

What kinds of living organisms are there?

Modern attempts to classify and organize life into a taxonomy are generally structured according to origin instead of essence. At the base of the “tree of life” we have prokaryotes and they spin off new kinds of organisms (new species) of more complex prokaryotes and eventually eukaryotes, including humans, as cosmic history unfolds. This way of classifying things is interesting and helpful to a degree, but it is rather tentative, given the lack of information about what kinds of living organisms first appeared.

I propose a more ancient system, rooted in the philosopher Aristotle, that classifies things according to what they areinstead of where they came from. On this older scheme, there are four basic kinds of substances found in the universe, organized into a Great Chain of Being. At the top of the Chain we find humans, then animals, then plants, and finally, inanimate things (molecules, atoms). As we move from the bottom of the Chain to the top, the “causal powers profile”—the collection of powers had by the substance kinds in question—expands. Moving up the Chain, plants (called “vegetative animals” by Aristotle) possess additional powers for nutrition, growth, and reproduction. Moving up the Chain again, animals (called “sensory animals” by Aristotle) share the powers of plants and add to their “causal powers profile” the ability for sentience, appetition (the capacity to pursue and avoid objects of awareness), and locomotion (to self-move from place to place in pursuit or avoidance of objects of awareness). Finally, moving up the chain again, humans (called “rational animals” by Aristotle) share the powers of plants and animals and possess addition powers for thinking, moralizing, and relating.

My claim is that our three-fold taxonomy—vegetative, sensory, rational—of substances and the metaphor of the Great Chain of Being is a better way to classify living things (that do exist or have existed). This essentialist approach helps us see more clearly the true nature and structure of concrete material reality. It aids us on our journey to discover the true story of the world.

C. S. Lewis mentions in The Discarded image that it is very difficult for those captivated by the modern conception of the universe as flat and disjointed to think about the universe, or the things within the universe as forming a hierarchy, but I submit to you that this is one of the parts of the OLD Model that we should retain. The world is structured into a Great Chain of Being and full of wonderfully diverse living and non-living creatures that together form an integrated whole and reflect the goodness, even the perfection of God.

What is the connection between biological life and the life God offers?

Consider again the armadillo. Go ahead. Join God and have a good laugh. Then get back to the serious business of Heaven: laughing and loving, creating and sustaining, caring and pursuing God and God’s Kingdom as actors in the divine play.