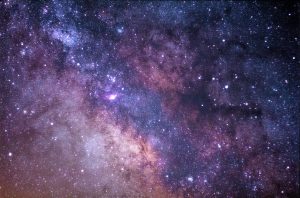 What kind of universe do we live in? According to the dominant story coming from science, the universe is just a vast assembly of molecules in motion. In this story, you are “nothing but” assemblies of fundamental particles. There is no deep meaning to the universe. There is nothing beyond the universe. And there is nothing responsible for this universe. In this story, God never intervenes within nature. However, we cannot define nature and the natural in a world God has made without reference to God. God is living an active and present within nature. Thus, nature is never just the physical. God is always present and active in the lives of humans and nature as a whole. In this episode, we’ll begin to develop in more detail a sacramental view of the world.

How should we begin to think about the universe?

William Temple in his Gifford Lectures of 1932-3 and 1933-4 was the first in our era to express in a fresh way the view that we live in a sacramental universe. Temple argued, “Christianity is the most avowedly materialistic of all the great religions” [1]. What he meant is that the goodness of creation and the sacramental principle of God being present throughand in things was at the center of Christianity; not that Christians were too focused on material things. God reveals himself in the things he has made, and ultimately in the incarnation of Christ in human flesh.

The basic idea is that the world is a God-bathed world – Nature is “grace-infused.”

There are good reasons to think that the universe is, following Temple, a Sacramental Universe. To better understand, let’s make a couple distinctions:

First, distinguish between the sacraments and sacramental. The sacraments are “outward and visible signs of inward and spiritual grace, given by Christ as sure and certain means by which we can receive that grace” [2]. The sacraments are Christina rites, or practices, that are understood as special means of divine grace. In this discussion, we are not talking about “the sacraments.” Rather we are talking about adopting a “sacramental image” of the world God has made such that we learn to see the presence and activity of God in all things, including the whole of nature.

According to Temple, the notion of sacramental entails two theses: (i) the natural world functions semiotically, as a sign pointing beyond itself to the sacred order, and (ii) God’s grace and presence are mediated to finite intelligent creatures through the natural world.

With this notion of “sacramental,” we are now ready to define “sacramental universe” as follows:

SU: God is (i) the creator and sustainer of the universe, and (ii) ontologically distinct from the universe yet present and active in the universe. (iii) The universe points beyond itself to the sacred order.

SU maintains the transcendence and the immanence of God. God is ubiquitously present—and because all of material reality can be a place of God’s particular presence, all of reality is sacramental—all points to God.

How is God present in the world? How does the world “participate” in God?

Functional roles of the participation relation:

So, the participation relation between God and world is supposed to do a number of things, at least five different things.

Second, and very tentatively, participation can be understood as a three-part relation between God, divine ideas, and the world. If so then the cosmos exists and has value in virtue of participating in God, the things of the world find their identity in virtue of standing in the resemblance relation to a divine idea, the natural order points to the sacred order, understood as the realm of God and the enacted plan of God to create, sustain, and redeem the world, and God is “in” the world non-spatially such that matter is never merely physical; God’s spirit is always present since it participates in God.

Second, the world God has made is “good” –as the writer of Genesis notes seven times in Genesis chapter one. Being a limited, finite, creature is good enough. We don’t need to reach beyond the ordinary to be extraordinary.

[3] Regarding (i) Temple writes, “within the sacramental scheme or order, the outward and visible sign is a necessary means for conveyance of the inward and spiritual grace, but has its whole significance in that function;” regarding (ii), Temple notes the following idea that is held by most who value the sacramental tradition: “among those traditions which give most prominence to sacraments in the ordering of religious practice, the sacramental rite is regarded as effectual ex opere operato.” The idea is that the material sign of a sacrament confers grace “by the work worked,” i.e., by God’s power and promise, and not by any activity of the recipient. Temple, Nature, Man and God.