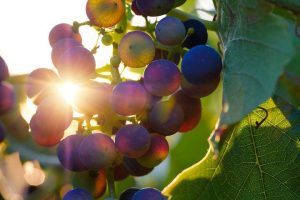 In this episode of the Eudo Podcast, Paul and Courtney discuss C. S. Lewis’s famous essay called “Meditations in a Toolshed.” Paul, explains to us the distinction Lewis is making in this essay to better help us understand this idea expressed by the Green Lady of “stepping into the alongside.”

One of the striking things about the Green Lady, when Ransom first meets her, is her lack of self-awareness. The very idea of looking or considering oneself was a strange notion to the Green Lady. As she describes in chapter five:

“I have never done it before—stepping out of life into the Alongside and looking at oneself living as if one were not alive. Do they all do that in your world, Piebald?” [1]

Lewis illustrates the distinction between contemplation and enjoyment with the use of a sunbeam. Imagine standing in a dark toolshed looking at a sunbeam that shines through a crack above the door. As Lewis describes the idea of contemplation or looking at something:

“From where I stood the beam of light, with the specks of dust floating in it, was the most striking thing in the place. Everything else was almost pitch-black. I was seeing the beam, not seeing things by it” [2].

What are some features of the world that we need to “look at” or contemplate in culture today in order to better understand?

What is interesting in Perelandra are the first four questions the Green Lady asks Ransom in chapters four and five. She asks:

What are some features of our world that we need to contemplate in order to better understand our world? There are many:

What about Lewis’s idea of enjoyment and “looking along”? What does Lewis want us to learn to enjoy more?

In Perelandra—or Venus. = the goddess of love, of fertility and pleasure; known as Furtuna Minor and stands second only to Jupiter in beneficence. Venus’s influence produces beauty and amorousness in mortals. Her influence at work in Perelandra, and so we read of the “delicious coolness” of the floating islands, and experiences that are like, as Lewis puts it, “like meeting Pleasure itself for the first time.” Being exposed to the beauty and delights in Perelandra, according to Lewis, “was like the discovery of a totally new genus of pleasures, something unheard of among men, out of all reckoning, beyond all covenant.”

Recall the two kinds of pleasure Lewis things stories can excite in readers: there is the shallow pleasure of excitement and then the rich, deep, satisfying pleasure of quest. Lewis of course is wanting us to experience the pleasure of quest as we look along with Ransom at pleasures that have never been experienced in this world. In doing so, Lewis is at once affirming the goodness of creation and the goodness of our materiality, finitude, and creatureliness. We are to enjoy the many good things of God, and enjoy them as gifts.