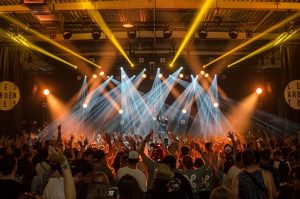 We’ve been exploring dead-ends on the search for meaningful happiness. So far, we’ve explored the ideas that wealth and success will bring happiness, noting that when treated as ends in themselves, our things or money and accomplishments will never be enough; we’ll never be satisfied. In today’s episode, we’ll consider another popular idea about happiness. We’ll consider the idea of ambition for fame, the hope by many that fame and being known will make us happy.

Ambition and the desire for fame is nothing new. Consider the 18-year-old Augustine, who writes about his early ambitions in book 3 of his spiritual autobiography, Confessions: “I wanted to distinguish myself as an orator for a damnable and conceited purpose, namely delight in human vanity (3.4.7.).”

Augustine was a gifted scholar and communicator and so he does, in fact, find early success as a teacher. But his ambition wasn’t to nourish others on the good, true, and beautiful. As he states: “We pursued the empty glory of popularity, ambitious for the applause of the audience at the theatre when entering for verse competitions to win a garland of mere grass (4.1.1.).”

Augustine longed to be noticed. He sought the approval of others because he thought this would bring him happiness. And it is no different today. Perhaps it’s even worse, given the prevalence of social media. We all can seek a little slice of fame and notoriety—all we need to do is get a following on Instagram or Facebook. We can become a social influencer or we can do a vlog about our travels around the country in a van, or we can make a viral video by eating a tide pod or by doing something really stupid or funny.

Smith thinks this desire to be noticed, this ambition for attention is a deeply spiritual craving, it’s in fact part of how God has made us. Smith begins:

When our ambition settles, as it were, for attention or domination—when we imagine that our goal is to be noticed or to win, or both—we are actually lowering our sights. We are aiming low. The arc of our ambition hugs the earth, and we expect to find fulfillment from people looking at us, from beating everybody else in this competition for attention [2].

But then he asks, “What if you’re wired not to be ‘liked’ but to be loved and not by many but by One? Could these explain why all the attention is never enough?”

Rather, this spiritual ambition to be noticed is rooted in our deepest longing for God and for significance. As Smith puts it,

What is the arc of a life whose aspiration is to be a friend of God What difference would that make? . . . To aspire to friendship with God . . . is an ambition for something you could never lose. It is to get attention from someone who sees you and knows you and will never stop loving you [3].

Smith thinks this desire to be noticed, this ambition for attention, is a deeply spiritual craving.

The short answer is no. Like money and success, if we worship fame, it will eat us alive. Let me just share two quotes that drive this point home. The first is from the celebrated writer David Foster Wallace, who committed suicide at age 46 in 2008 after struggling with depression for many years. Now Wallace had it all: fame, money, position. You’d think, if fame brought happiness, he’d have it in spades. His 1996 novel Infinite Jest was dubbed by Time Magazine as one of the best English language novels of the last century. But listen to his words at a 2004 commencement address at Kenyon College:

Everybody worships. The only choice we get is what to worship. And an outstanding reason for choosing some sort of god or spiritual-type thing to worship—be it J.C. or Allah, be it Yahweh or the Wiccan mother-goddess or the Four Noble Truths or some infrangible set of ethical principles—is that pretty much anything else you worship will eat you alive [4]

Or consider Jim Carrey, again a wildly famous actor. If fame could bring happiness, Jim Carrey would know. But listen to his own words, in a 2014 commencement speech at Maharishi University of Management in Fairfield, Iowa Carrey observed, “I’ve often said that I wish people could realize all their dreams and wealth and fame so that they could see that it’s not where you’re going to find your sense of completion” [5].

The problem with fame, like wealth and success, is that it will never be enough; it will never make us whole; it won’t lead us home.

The Forgotten Vice of Vainglory

So, what is vainglory? According to Rebecca Konyndyk Deyoung, the vice of vain glory is one of the original “deadly sins” of the church. It is largely forgotten, especially with the renewed interest in the so-called seven deadly sins, since it didn’t make that list. Its closest cousin would be pride. So, to get clear on vainglory, we need to make a couple distinctions.

First, we need to distinguish the vice of vainglory from the vice of pride (both of which are listed by the church as deadly sins). According to Konyndyk Deyoung, pride is the desire to be superior whereas vainglory is the desire to be thoughtsuperior. She says, “Put simply, the prideful person desires to be greater than others, whether others recognize this or not, while the vainglorious person wishes to attract others’ notice and applause, whether she is better than them or not” [6].

Second, we need to distinguish between glory and vainglory. Konyndyk Deyoung notes, following Aquinas, that glory is a good thing. Glory “simply means ‘goodness that is displayed'” [7]. But that means that we can see glory not only in God—the central good—but in the things God has made and in human works. Human glory can be a good thing. Konyndyk Deyoung (following Aquinas) puts it this way: “in commendable cases, glory is sought for God’s sake and directed to God; in cases that are condemned, glory is sought exclusively as one’s own, with no reference to God” [8]. So, we honor God by acknowledging the goodness around us, as well as the good things we make and so, and even the pleasure we receive from the attention we get from the good things we make and do, when we receive them as gifts.

What is the connection between ambition and idolatry?

When we seek fame for fame’s sake, or think that fame will make us happy, we fall into idolatry. Idolatry occurs when we love penultimate things as ultimate. It occurs when we seek happiness in created things instead of the Creator. When we covet the attention of others, we fall into idolatry. So, we want to make a distinction between idolatrous ambition and godly ambition. Ambition isn’t necessarily bad. We all aim our lives somewhere. It’s how God had made us. The question is where to we aim our lives?

How can we cultivate “Godly ambition”? And what is the connection, if any, between fame and happiness? Three things: First, we can begin to cultivate godly ambition by denying self, picking up our cross, and following Jesus. In other words, our posture in life is that of a dependent. We depend on God for our life, our breath, in our work, and in our play. As we depend on God and seek to meet the needs of others before ourselves, we’ll develop the opposite virtue to the vice of vainglory, which we might call the truly magnanimous or “great-souled” person: the disciple of Christ.

Finally, there is a connection between fame and happiness. Earthly fame doesn’t bring us happiness. But in eternity, one of the rewards of heaven is that the redeemed will be given fame or weight or glory from God such that we are an ingredient in God’s eternal, perfect, supreme happiness. So, in the end, there will be no vanity, no vain glory. But there will be fame, there will be glory, and there will be unending happiness. The happiness of God and creature united, permanently, closely, and in joy.

[5] You can watch the full speech at https://www.youtube.com/watch?v=V80-gPkpH6M&t=1s. For a transcript of the speech, see https://www.rev.com/blog/transcripts/jim-carrey-commencement-speech-transcript-2014-at-maharishi-university-of-management. The quote can be found by watching (or reading) beginning at the 18:30 mark.