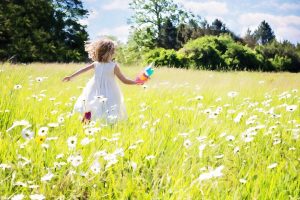 As we consider God’s world—the sun or the moon, the chicken or the egg, the laws of mathematics or the laws of physics—there is a feeling that rises within us. In addition to being moved to wonder as we consider the world, there is something else that moves us—our feelings, our emotions. But this raises an important question: What are the emotions and how do they function in these moments? In season 4 episode 2 of the Eudo Podcast, Courtney and Paul will discuss this question.

The Master Argument of Lewis’s Abolition of Man [1]

Overall Thesis: Subjectivism is dangerous for human society, ultimately leading to its destruction.

The Case for Objective Moral Values

Step #1: Values exist; there is a moral landscape (i.e., moral nihilism is false). To show that values exist, we first make a distinction between two kinds of values: values rooted in personal preference and values rooted in the natures of things themselves. The question at this stage is not whether there are objective values in addition to subjective values, rather the question at this stage is whether there are any values at all of either kind. Here is an argument to show that there are at least some kinds of values, namely, values of preference:

Step #2: Some of the values within the moral landscape are objective; i.e., not all values are values of preference (i.e., moral subjectivism is false). There are two arguments to establish step #2: the direct awareness of objective value [2], and the argument from the failure of moral subjectivism.

The Relationship between Emotions and Reason

According to subjectivism, emotions are not only unimportant, they are also irrational. They are “mere sentiments.” Lewis rejects this view of the emotions. For Lewis, emotions are “perception-like experiences of objective value” that can be in harmony or disharmony with reason:

Until quite modern times all teachers and even all men believed the universe to be such that certain emotional reactions on our part could be either congruous or incongruous to it—believed, in fact, that objects did not merely receive, but could merit, our approval or disapproval, our reverence or our contempt [3].

Emotions are our primary means (but not our only means, to be discussed shortly) of apprehending objective value in the world. We perceive objective value through the emotions. And when our emotions are formed properly (through moral education), “they enable direct awareness, and hence, knowledge of objective value” [4]. As Lewis states:

So, for Lewis, the faculty of emotion is a quasi-perceptual faculty that enables us to perceive objective value in the world.

The conclusion of our two-step argument: There are objective moral values.

Moral Foundation Thesis = there are some fundamental moral truths (i.e., the Tao) that we can believe rationally and know without appeal to an argument or inference from more basic facts.

The Objectivity of Emotions Thesis = emotions are rational experiences, the perception of objective values in the world.

Without trained emotions, we lose our ability to correctly discern objective values in the world, values that unaided reason is often unable to recognize or appreciate or know deeply without the emotions. Thus, to truly see and delight in the world as Jesus does, to gain wisdom we must cultivate the emotions. How can we train the emotions to be truth apt?

Second, learning from virtuous emotional exemplars. Such exemplars can help us train our emotions by inviting us into a way of life “characterized by virtuous emotional sensitivities to the complex values in the world” [6]. We can do this through literature, movies, stories, experiences, horror, joy, beauty, engaging lectures, and more (psychologists have noted the phenomenon of “emotional contagion” were we can “catch” the emotions of those around us).