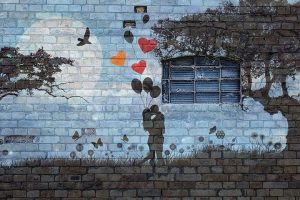 In season 4 of the Eudo Podcast, we are exploring how seeing and delighting in God’s good world changes how we live and move and have our being in a sacramental universe. In our last episode, we focused on two activities—work and play—that form the bulk of our time each day and noted that even there we can worship and serve God. In episode 10, we want to explore the question of how a sacramental view of the world shapes our way of relating. We’re going to talk about sex, marriage, and love in a sacramental universe.

The Cultural Understanding of Sex

Here are some thoughts:

The Cultural Understanding of Marriage

On the revisionist view, marriage has been described as a “fair exchange of affection” [2].

The Cultural Understanding of Love

The modern view can be summarized as “passion” – “Love as passion.” This form of love is new to our age, and it is shaped by a corresponding redefinition of freedom:

Thus, “modern intimacy is essentially romantic.” The problem with modern (revisionist conceptions of marriage build on “love as passion” and a (the economic notion) of self-interested consumption: “Inevitably, the useful marriage will be of little use.”

How Should We Begin to Think about Marriage, Sex, and Love as Christians?

We can summarize the Biblical teaching on marriage as follows:

How can We Rediscover this Sacramental Image of Marriage, Sex, and Love?

Three ways that we can join with God and each other to help make traditional views of marriage and sex plausible and desirable again [5].

First, we must reject anti-intellectualism as a church as we must seek to properly understand key Christian doctrines such as the believers’ union with Christ, original sin, celibacy, and the nature of the church.

Second, we must seek wholeness.

Third, we must seek to re-baptize our imagination with respect to marriage.

Cultural views on marriage have shifted. Today, marriage is viewed by many as an emotional union between consenting partners. With growing frequency, Christians, inordinately shaped by a disenchanted culture, are adopting the same revisionist view of marriage. However, it’s no accident that traditionally marriage, understood as a union of body and soulbetween a man and women for life, is considered a sacrament of the church. As a sacrament, it is a signpost, a symbol, “an earthly representation of a spiritual reality—the union between Christ and his bride, the church (Eph. 5:31-2). God created the institution of marriage—unity within difference—to reveal the depth of his passionate love for us.

There is an essence to marriage. If we want the traditional Christian teaching of sexuality to be viewed as plausible and desirable, we must see marriage in its proper light: as a sacrament, a symbol of God’s passionate, pursuing love in which sex is a gift and foretaste of the bliss we will experience with Christ for eternity.