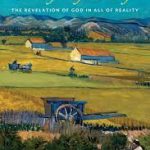 The world is full of deep meaning. The heavens and the earth do declare the glory of God. But many of us, including many of us believers, no longer have eyes to see the world as it is. We don’t “read” the world correctly and so we don’t see it as a gift, sign, and “type” pointing, and participating in, the sacred order. The problem, according to Gerald McDermott is not just secularism. Part of the problem is rooted in a faulty theology that splits the sacred and the secular, the realm of grace from the realm of nature. What is needed is a recovering of a more ancient way of conceiving God and the world, a conception that sees “God in all of reality.” This older way of seeing things is commonly referred to as the Great Tradition. Thus, Gerald McDermott’s book Everyday Glory can be seen as one more contribution to a growing (and welcomed) renewal movement in theology, led by theologians such as Hans Boersma, Robin Parry, Paul Tyson, James K. A. Smith, John Milbank, Chris Carter, Graham Ward, and more seeking to reconnect the natural and sacred orders by recapturing the idea of participatory ontology. While McDermott finds inspiration from many within the Great Tradition (“from Origen to Augustine through John of Damascus to Thomas and Bonaventure” (p. 7)), he draws most prominently from Jonathan Edwards’ theology of types. According to Edwards, the universe is one immense Trinitarian sign.

The idea that the world not only points to the sacred order but participates in that sacred order offers a foreign way of thinking to our modern or postmodern ears. In chapter two, McDermott begins his case for a typological view of reality by arguing that the Bible is one massive typological system pointing to God and the sacred order, understood as the enacted plan of God to create, sustain, and redeem the world. First some distinctions. A sign is something that points beyond itself to something else. A symbol is something that stands or represents something else. A type is not just a sign and symbol, but something that participates in the thing signified. We see types all throughout the Bible. In fact, the Old Testament is “a massive typological system referring to [Jesus]” (p. 17). As Jesus described to the two disciples on the road to Emmaus, “all” the things in Scripture [i.e., OT] are “things about himself” (p. 29). In the New Testament, we continue to see signs, symbols, and types: Jesus tells us to consider the sparrow or the flowers of the field, beholding their beauty and splendor, in order to understand God’s loving care for all creatures. Paul speaks of marriage as a sign or symbol of the union of Christ and the Church. And the author of Hebrews shows how the Psalms point to Jesus. As McDermott summarizes, “Scripture suggests that God has filled both the book of Revelation (i.e., Scripture) and the Book of Nature with persons, patterns, and things that not only show but also participate in the reality of what they show: Christ and his redemptive kingdom” (p. 37). In the rest of the book, McDermott invites the reader to explore “the typological tradition of the church” and to undergo a “‘conversion of the imagination’” so that we might see the glory of God in all things (p. 43).

In chapters three (Nature) and four (Science), McDermott shows us how to see the world in its true light, as pointing beyond itself to divine truths. Some signs are available for all to see, as Paul describes in Romans, all humans can discern through creation that God exists and has certain characteristics. Other signs, signs of grace, are discernible with spiritual eyes. Either way, everything points to and illuminates the divine in some way or another. Given advances in science, we are able to “see” even more clearly the works of God, especially in the fine-tuning of the laws of nature (and their elegant expression in mathematical language) and in the deep and pervasive beauty science continues to reveal throughout the universe. From the small—i.e., the cell—to the large—i.e., the skies above—we see the works and ways of God.

We see types when we turn within too, especially, as McDermott discusses in chapter five when we consider the human conscience and our awareness of the moral law. While the major world religions teach very different things about the divine, they agree fundamentally when it comes to the moral law. Even within secular society, a common morality—grounded in some version of the Golden Rule—can be discerned. This shared morality held by most religions and peoples in the world cries out for explanation. It also demonstrates another way God’s glory is on full display: the moral law has been imprinted on every human heart, giving us an (often inchoate) idea of the nature of goodness and pointing, ultimately and for those who see clearly, to the goodness of God.

In chapter six McDermott considers the question of God in history. Since God holds all things together (Col. 1:18, see also Acts 17:28), “popular deism—the idea that history proceeds without God’s intervention—is impossible for biblical Christians” (p. 101). Thus, we can discern “patterns” in history and some of these “appear to be ways that God acts or directs in repeated ways and that point to his biblically revealed character” (p. 101). In other words, there are types in history too. One of the most significant types of God acting in history concerns revivals, as Edwards describes, “religious revivals and reformations are the principal engine of the historical drama” (p. 102). Whether or not Edward’s is correct (I’m skeptical but open to the possibility), it is true that major historical junctures in history have been religious: God’s dealings with Israel in the Old Testament, the rise of the church, the Reformation, The Great Awakening, and so on, have all shaped the course of human history in significant ways. They also, for those who have eyes to see, are evidence of God’s loving care and concern for the world. Another interesting theme from chapter six is that God deals with whole societies and not just individuals (p. 103). We see this clearly in Scripture and God’s dealings with Israel and other nations. By extension, we ought to endorse the claim that God deals with whole societies today: blessings, judging, guiding, condemning, providing, sustaining societies as a whole as God brings all history to an end. I think that McDermott is surely correct, God does deal with societies as a whole. If so, then we find (yet another) reason to push back against the rampant individualism of modernity.

In chapter seven, McDermott considers the booming and buzzing world of animals as signs and types of the divine. Scripture assigns symbolic value to animals: we are warned not to be as ignorant as mules (Ps. 32:9), doves symbolized the Holy Spirit in Matthew 3, and Jesus uses sheep as the principal symbol for humans in the Gospels (p. 117). Even more, animals are types in Scripture, since they are the “closest of all creation to human beings” (p. 118). So, for example, in the Old Testament, domestic animals “stood for Israel, God’s domestic people” (p. 119) and in the New Testament, unclean animals stood for the Gentiles in Peter’s vision in Acts 11. God speaks through animals (sometimes literally as with Balaam’s ass), but also as we observe them, such as the ant, which teaches us about diligence (Prov. 6:6-8). In short, animals teach us about God and God’s kingdom. McDermott ends this chapter by focusing on two kinds of animals—birds and dogs—showing how we can learn spiritual truths as we consider them.

In chapter eight, McDermott explores sex, love, and marriage as types of the divine. Physical love between a man and a woman is a deep mystery revealing deep truths about the spiritual realm. The objective differences between men and women, physically and emotionally, train us for heaven. “Differences in this life are to be embraced in both the joys and stresses of friendship as they prepare us for the millions of friendships we will enjoy in the age to come” (p. 138). Moreover, as we consider God’s creation of humans—both male and female—we learn that “humans cannot find themselves by themselves” (p. 140). We really do need each other. In considering sexual difference, we come to appreciate the fact that all is gift; all is given by God for our good. The body is part of God’s good creation, and so is sex. As a type, sex shows us truths about God too (I’ll list two, McDermott lists five): intimacy and coinherence. Sexual intimacy between a man and a wife helps us understand that we will be united one day—deeply and intimately and permanently—to God in Christ. Thus, “intimacy in marriage is an analogy to—or type of—intimacy with the divine person who is truth incarnate” (p. 145).

In chapter nine, McDermott explores what sports can teach us about God and the ways of God. While sports are marginal in Scripture, they are mentioned. Paul speaks of boxing and running in 1 Corinthians 9 and refers to a wrestler in 2 Timothy 2:5. But what are sports? And are sports, like everything else, types? McDermott suggests, following Lincoln Harvey, that sports are “liturgies of nonnecessity” (p. 154). They are ordered works, activities we don’t need to do but enjoy doing. While we can’t be sure that sports function as types, we can learn deep truths about God and his Kingdom through sports. McDermott explores eight provocative ways that sports image the sacred order.

In chapter ten, McDermott returns to the question of world religions, noting that we can see the finger of God there too. The world religions are different. Still, we do find remarkable similarities and even truths that can be discerned within an (overall) false religious system. What explains these similarities and truths? Are they too types pointing to the true God? Following Edwards, McDermott suggests that God did plant types in false religions, types that if faithfully followed could lead devotees of these false religions to abandon the false religion and embrace the true God as found within Christianity.

One need not accept McDermott’s thesis that “the cosmos is one giant type” to appreciate this book. I think the chief value of Everyday Glory is that it helps retrain us to see the divine finger in all things. Heaven and earth are a theatre of God’s glory. All things do point to the divine, but it is those with eyes of faith who can see things as they really are.