0
Cultural Apologetics and the Church: The Tools of the Pastor
15 March 2021
Next 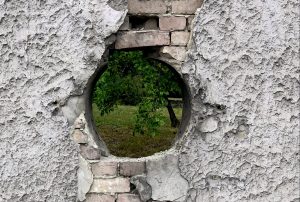 Now that we have identified the primary tools of the pastor as artisan as teaching, liturgy, and systems of life together, the question becomes the shape of the structure we are forming.

To put that differently, what is the end goal of our use of these tools? Only after we know the shape and aesthetics of the community we are forming can we know if we are acting faithfully and effectively as pastoral artisans in God’s house. This in mind, we must pay just as much, if not more, attention to our vision of the church as we do to our forming and shaping of the same.

Of course, a vision for the church as God’s beautiful dwelling requires a discussion far larger than the scope of a single blog post. At the same time, within the world of cultural apologetics, we are aware of certain aspects of the church as it now exists that detract from its beauty, especially when it comes to our witness in the world. These include anti-intellectualism, fragmentation, and an unbaptized imagination. These problematic features of the contemporary church remind us that we are not building from the ground up. Instead, we are dealing with an existing community that trends in certain directions. Thus, the tools of the pastoral trade are for correction even as they can be applied to new elements of God’s house.

Remembering now the tools at our disposal, when applied to anti-intellectualism, fragmentation, and unbaptized imaginations, they prove effective. Indeed, teaching can be used to correct anti-intellectualism, liturgy to correct unbaptized imaginations, and systems of life together to correct fragmentation. To be sure, the correction of particular problems should not be confined to one tool only. (For instance, reading groups, which would fall under systems of life together, might be used to combat anti-intellectualism.) Nevertheless, certain tools do seem especially suited to the correction of certain ecclesial problems, as will be shown below.

As with most malformations in the church, anti-intellectualism has both inward and outward ramifications. Inwardly, Christians fail to affirm the mind as a gift of God that is meant to be cultivated in the image of Jesus. Outwardly, Christianity, because it has nothing to say to the intellectual movements of the day, “is viewed as irrelevant, a cultural relic of a bygone era” (Cultural Apologetics, 172). At stake are our personal and communal formation and the Christian witness in the world.

Thankfully, robust teaching has the potential to correct the church’s intellectual trajectory by (1) valorizing Jesus in all areas of life, (2) celebrating mastery, and (3) upholding study in discipleship. Beginning with valorizing Jesus, we pastors have the opportunity to cast Jesus as the ultimate authority in all areas of life in both rule and expertise. As such, all areas of life – including intellectual areas – can be pursued in his honor. Moving to celebrating mastery, we need to affirm mastery of different kinds of knowledge. When we do, the capable farmer, skilled carpenter, and erudite professor are all united in their devotion to their respective fields. Rather than denigrating one another due to the chasm between “intellectual” and “practical” pursuits, these various practitioners can celebrate one another’s mastery under Christ’s rule. Regarding study in discipleship, we can show that the mind is meant to be engaged as we follow Jesus. Importantly, these are teaching themes that must be affirmed again and again rather than being treated in isolation as the topics of one-off sermons. When we make these points part of our regular teaching, we create space for an intellectual renaissance in our congregations.

Liturgy and the Unbaptized Imagination

When it comes to the Christian imagination, the sad state of affairs is that little separates the Christian imagination from the secular imagination. As Paul Gould notes, “The ideas and beliefs that fill our heart with wonder are largely the same things that fill the nonbeliever’s heart with wonder: romantic comedies, political scandals, dystopian thrillers, sports, visits to the mall, a day at the amusement park, a trip to the beach” (Cultural Apologetics, 178). Importantly, there is nothing inherently wrong with these subjects and activities (apart from political scandals!). Rather, the problem is that Christians don’t have a grander horizon that frames all of these worldly elements. This is so because we have been shaped by the rhythms and liturgies of the culture that surrounds us. The need, then, is for a counter-liturgy to capture and shape the Christian imagination. In other words, we need beautiful and compelling worship.

While some might argue that teaching rather than liturgy is the primary tool for addressing the unbaptized imagination, imagination is something shaped through participation instead of being a matter of mental assent. Thus, the rhythms of worship become paramount in our quest to rebaptize the Christian imagination. For worship to shape our people in this direction, it needs to regularly immerse them in the gospel story until that story becomes the story in their lives. Thus, the elements of worship services should regularly invite Christians into the story of redemption of all creation. Importantly, this does not necessarily mean that we adopt “high church” forms of worship – though we may. Rather, it means that we approach worship as the telling of the same story again and again and again. The how is less important than the what. That said, there is space and a need for fresh, contextualized liturgies to capture our people’s imaginations for the kingdom.

Systems of Life Together and Fragmentation

Fragmentation boils down to the divorce of the transcendent and mundane. Or, to put that differently, between finding meaning in life and enjoying life. Of course, meaning and enjoyment are not opposed to one another. Indeed, in a well ordered life, they go hand in hand. Yet, Christians can fail to see how the parts of life they enjoy fit within the story God is telling. When this happens, they unconsciously place a divide between Sunday and the rest of the week, with the first providing meaning and the second being the realm of enjoyment.

To correct the impulse toward fragmentation, pastors can design systems of life that break down the barrier between Sunday and the rest of the week; between meaning and enjoyment. One such system is weekday community. Rather than reserving meaning for the church service and church building, disciples gather around dinner tables, thus allowing their transcendent pursuits of Jesus to invade the mundane activities of preparing food and eating together. Still more, this kind of setting allows for meaning and enjoyment to come together as friends laugh together and enjoy one another’s company. If these kinds of gatherings give way to shared hobbies, all the better! In these cases, friendship founded on the meaning of discipleship extends to encompass the enjoyment of creation. Thus, systems of weekday community create opportunities for meaning and enjoyment to unite in everyday life.

Of course, weekday community is only one system that overcomes fragmentation. Others might include the Christian year, which frames time in the Christian story or shared prayers that remind us of the givenness of creation during certain seasons of devotion. Or, we might consider holding regular church fellowships that major in enjoyable activities. Whatever the case, the idea is to frame enjoyment within the church community, thus bringing meaning and enjoyment together.

It is no secret that the church is not now all that she is called to be. Indeed, this can be a depressing reality. As artisans, though, we are not powerless against the church’s deformities. Rather, we are empowered to shape God’s house in more positive ways. As with literal artisans, certain tools will lend themselves more or less to particular areas of interest. As the previous discussion showed, this was the case with anti-intellectualism, fragmentation, and the unbaptized imagination. With the Spirit’s help, we can become deft artisans in God’s house who over time mold it to be worthy of God’s presence.