0
Cultural Apologetics and the Church: The Beautiful Community
22 February 2021
August 19, 2020 by siteadmin in Blog 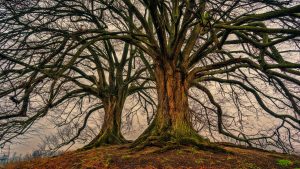 1 The book of the genealogy of Jesus Christ, the son of David, the son of Abraham. – Mathew 1:1

It’s important to note that the Gospel of Jesus does not begin with “Once upon a time…” or “A long time ago in a galaxy far, far away…” Although this is the kind of introduction that would be expected of in a Disney movie, fairy story, or myth, the story of Jesus begins with history. Christianity is unique among all other world religions in that its truthfulness is grounded in history; in other words, the truth claims of Christianity rises or falls on historically verifiable events (the most significant event being the Resurrection – cf. 1 Cor. 15:14-19).

When the Bible introduces us to Jesus by name for the very first time (Matthew 1), we begin with his family tree – and it’s not pretty. Matthew does not give us a sanitized, cleaned up account of Jesus’ lineage but simply tells it as it is. Every genealogy tells a story and Jesus’ genealogy tells us a story about depraved kings, idolaters, adulterers, prostitutes, and other notorious sinners who register a record of sin, guilt, shame, and humiliation. And yet, this is the line from which Jesus the Messiah comes – a line that includes individuals like Judah, Tamar, Rahab, Bathsheba, Joram, Manasseh, and Jeconiah, to just name a few. Now, Matthew could have omitted some of these infamous individuals from the list given that the genealogy as it is isn’t even complete to begin with (several names, including several kings, were omitted). And, if you think about it, wouldn’t it make sense to present the messianic line as attractive and winsome as possible? However, Matthew, true to history, simply states the facts.

C.S. Lewis argues that this “true to history” nature of the Gospel actually supports Matthew’s credibility as an eyewitness and the historical reliability of his account: “The evangelists have the first great characteristic of honest witnesses: they mention facts which are, at first sight, damaging to their main contention” [1] (also, see Criterion of Embarrassment). Faithfully tracing the Messiah’s human lineage, Matthew grounds Jesus in history. Jesus, as prophesied, comes from the royal line of David and is the seed of Abraham through whom the nations would be blessed. As Rodney Reeves points out, Jesus did not simply “drop out of heaven like some alien from another world” [2]. What makes the Christian story unique – what makes the story of Jesus true – is the fact that it is historically grounded and founded. As Lewis states:

“The heart of Christianity is a myth which is also a fact. The old myth of the Dying God, without ceasing to be myth, comes down from the heaven of legend and imagination to the earth of history. It happens—at a particular date, in a particular place, followed by definable historical consequences. We pass from a Balder or an Osiris, dying nobody knows when or where, to a historical Person crucified (it is all in order) under Pontius Pilate. By becoming fact it does not cease to be myth: that is the miracle [3].

One last thing. The fact of the coming of Jesus through this messy family tree teaches us one additional beautiful truth. Jesus’ line was filled with broken people – societal outcasts and moral failure – and yet, Jesus was not ashamed to be identified with them. God would redeem this family by bringing forth a beautiful Son, who would take all the ugliness and redeem it for the beauty of His glory. This should bring hope to those of us who too are broken, outcasts, and failures – knowing that no matter who you are or what you’ve done, there will always be room in Jesus’ family for you. 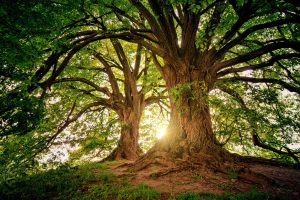 We welcome outside writers to contribute to “Ideas and the Kingdom.” We are looking for individuals who are passionate about showing the reasonableness and desirability of Christianity by restoring the Christian voice, conscience, and imagination. We are looking for posts that are 400-800 words in length and submissions can be made to TwoTasksInstitute@gmail.com.